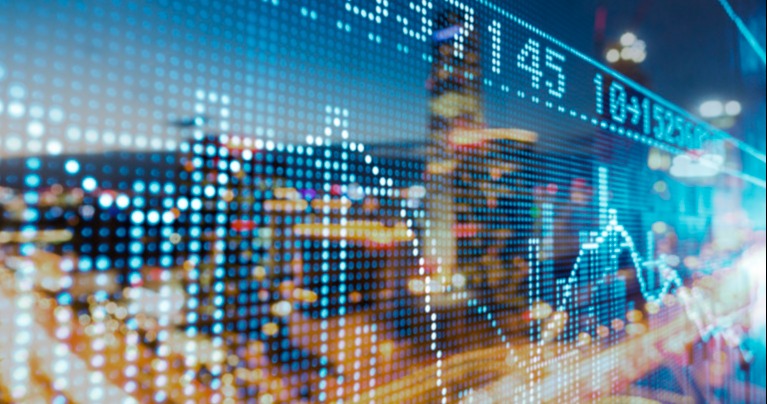 The market received a slightly better than expected employment report this morning, supportive of the Federal Reserve’s path forward with 50-basis point rate increases expected at both of their next two meetings. The U.S. economy added 390,000 jobs in May, and job gains in April were revised upward from 428,000 to 436,000. Hiring was again led by leisure and hospitality, responsible for more than a quarter of payroll gains for the month followed by professional and business services. The unemployment rate was unchanged at 3.6% and remains only slightly higher than the pre-pandemic level of 3.5%. The U-6 underemployment rate, which includes those who are marginally attached to the labor force and employed part time for economic reasons, was 7.1%. Year-over-year wage growth in May was 5.2%; this was lower than the 5.5% registered in April and could reflect a beginning of a deceleration of wage growth that could help ease broad cyclical price pressures. The labor force participation rate ticked up to 62.3% from 62.2%, a possible sign that higher wages and number of available jobs are compelling enough to draw workers back. In addition to today’s employment report, on Wednesday the Labor Department reported U.S. job openings remained close to record levels at a seasonally adjusted 11.4 million job openings in April, down from a record high 11.86 million in March. As such, the number of job openings per unemployed worker dropped slightly to 1.9 in April from 2 in March.

The Conference Board’s Consumer Confidence index dropped slightly to 106.4 in May from an upwardly revised 108.6 in April. The reading was lower primarily due to a 3.3-point decline in the index for present conditions and a 1.5-point decline of six-month expectations. According to the Case-Shiller 20-City home price index, home prices were up a record 21.2% year-over-year in March versus up 20.3% year-over-year in February. Although higher mortgage rates didn’t slow down rising home prices in March, we believe rising mortgage rates and diminishing home affordability will begin to curtail price growth. The cost of a 30-year mortgage has almost doubled to approximately 5.25% from 2.75% last fall. The Institute for Supply Management (ISM) manufacturing index unexpectedly rose to 56.1 in May and was the first rise in three months, but the manufacturing sector is still struggling with supply chain issues and labor shortages.

The beginning of what is being referred to as quantitative tightening started this week as the Fed will begin the process of shrinking its $8.9 trillion asset portfolio. Although technically beginning June 1st, none of the Fed’s Treasury holdings will mature until June 15th, so the process for reducing their Treasury holdings is still about two weeks away. The Fed is going to allow up to $30 billion in Treasuries and $17.5 billion in mortgage bonds, mature every month without investing the proceeds. The Fed has stated they will double the amount in September, which will result in $60 billion in Treasuries and $35 billion in mortgage bonds reducing their portfolio by $95 billion per month by the end of summer. Although technically yields should move higher and the yield curve should steepen, there are too many overriding factors to determine the ultimate impact on rate levels and the shape of the yield curve. Yields moved higher across the curve this week, with the 2-year treasury increasing 11 basis points to 2.67% and the 10-year increasing the same amount to 2.96% (as of this morning).

Irrespective of the strong employment data this week, numerous companies have provided cautionary guidance relative to current and future hiring. Several technologies and media companies reported they will freeze hiring or trim staff. Although recent economic reports have been relatively strong, the future is uncertain and there are a few clouds on the horizon. Nevertheless, we believe it is too early to determine if the forecast will result in a light rain or hurricane but in either case, we will batten down the hatches and remain disciplined with respect to our strategies.

© 2022 Chandler Asset Management, Inc. An Independent Registered Investment Adviser. Data source: Bloomberg, Federal Reserve, and the US Department of Labor. This report is provided for informational purposes only and should not be construed as specific investment or legal advice. The information contained herein was obtained from sources believed to be reliable as of the date of publication, but may become outdated or superseded at any time without notice. Any opinions or views expressed are based on current market conditions and are subject to change. This report may contain forecasts and forward-looking statements which are inherently limited and should not be relied upon as an indicator of future results. Past performance is not indicative of future results. This report is not intended to constitute an offer, solicitation, recommendation, or advice regarding any securities or investment strategy and should not be regarded by recipients as a substitute for the exercise of their own judgment. Fixed income investments are subject to interest rate, credit, and market risk. Interest rate risk: The value of fixed income investments will decline as interest rates rise. Credit risk: the possibility that the borrower may not be able to repay interest and principal. Low-rated bonds generally have to pay higher interest rates to attract investors willing to take on greater risk. Market risk: the bond market, in general, could decline due to economic conditions, especially during periods of rising interest rates. The S&P Corelogic Case-Shiller home price index tracks monthly changes in the value of residential real estate in 20 metropolitan regions across the nation